The old Highway 138 was a rough old road and it took a toll on the vehicles of the 1930s and 1940s. On October 5th, archaeologists Chris Kelly and Amber Nelson discovered the final resting place for some of those cars.  According to Nelson, one of the two archaeologists to discover this site, "We now have [Highway] 138, that runs through the Umpqua up to Diamond Lake. But previously, the old [Highway] 138 would come up on the hills where some of these trails are now at...these old cars, it seems that they broke down out there, and someone just tied a winch to them and pulled them off the road. It's sort of a "car graveyard" out there, if you will." 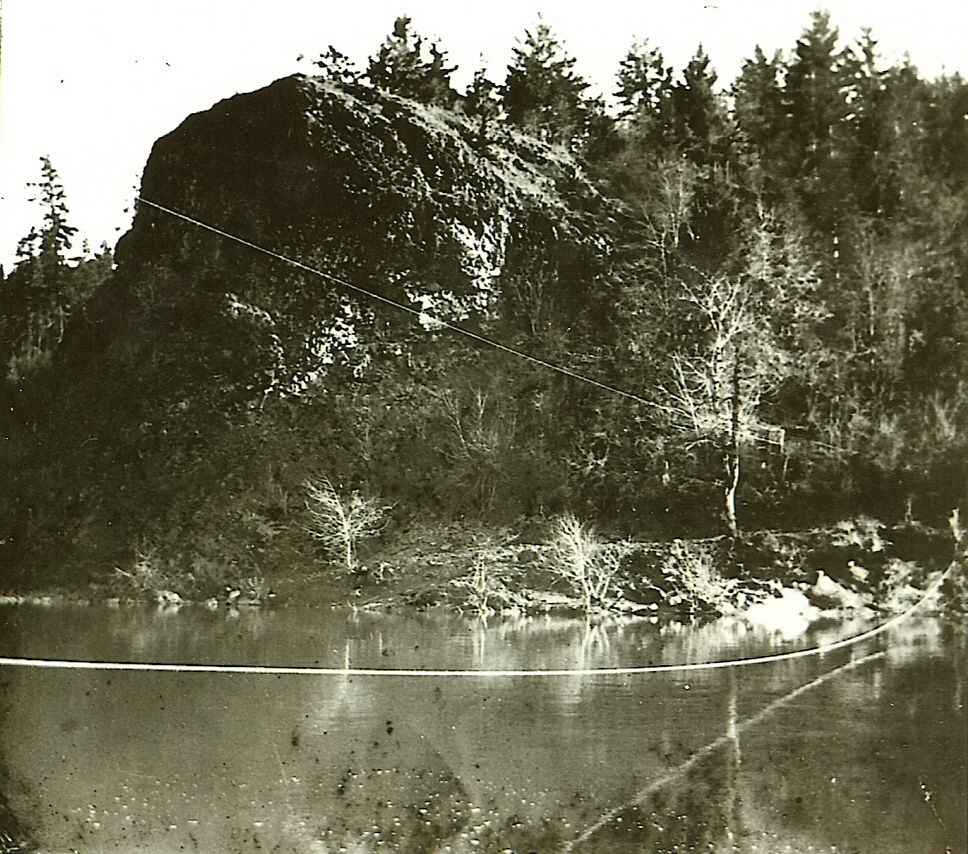 Before the bridges were built, locals would have to take a ferry, like the one pictured above, to make their way across the North Umpqua River.

A long evolution, very likely originating from a Native American trail, led to the development of the old Highway 138. It was used as a packer’s trail, and then a cattle trail from Illahee Flat up into Roseburg. Steamboat Creek was a well-loved spot so there was a trail to Steamboat for a long time. Eventually, the Civilian Conservation Corps (CCC) came along, camped at Steamboat Creek, and began building the road into what the old highway looks like today.  Perched high above the river, the road was narrow and winding, muddy and slick, with no guard rails and few turnouts for oncoming traffic.  The cars found all date to around the same age – the 1930s to 1940s – and demonstrate how much people enjoyed being on the North Umpqua River, despite some of the hazards it represented to automobiles of the time.

These remnants today remind us of what was once a bustling historic route. 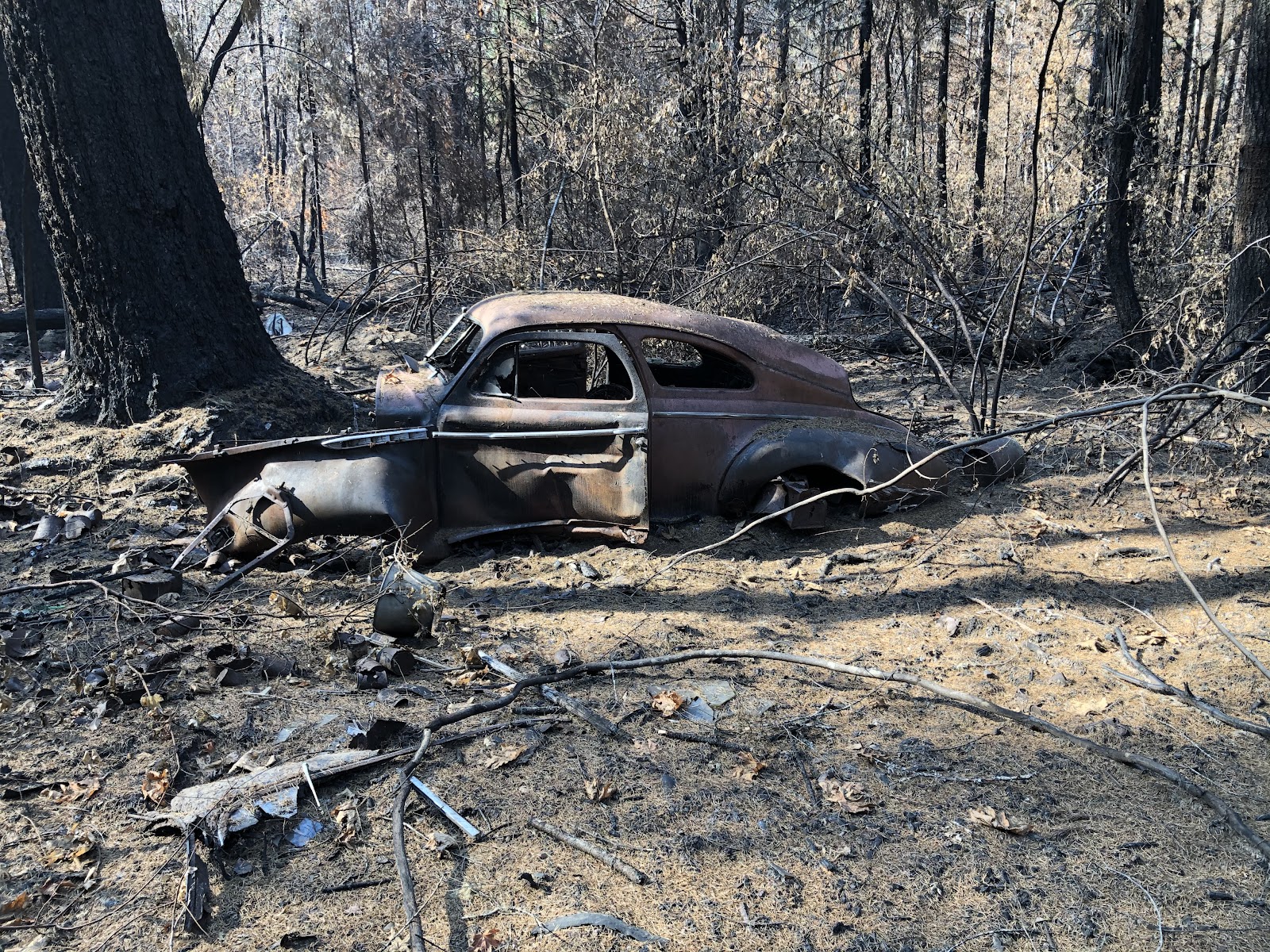