The site is secure.
The https:// ensures that you are connecting to the official website and that any information you provide is encrypted and transmitted securely. 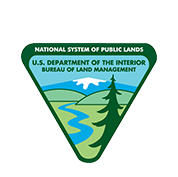